With a little reluctance due to aching bones and pre-cold symptoms (raging hypochondria) we took the boys up the road to Woodthorpe for a little sledding and snow fun. Woodthorpe has a good long run that incorporates some of the bunkers on the golf course for daredevil fun. As usual there was the the expected mix of families, school kids and curtsies with every form of friction efficient slide & glide equipment. I heard a woman on her phone explaining the the Woodthorpe experience was more chill than than Wollaton which had been crazed and extreme earlier in the day.
Whilst we didn’t have fresh powder the ground was safe and child friendly. GBoy9.01 immediately took to head first descents whilst DBoy6.01 took a more cautious traditional line.
JBoy2.09, whilst initially interested soon succumbed to the cold and cried apocalyptically until I took him home. 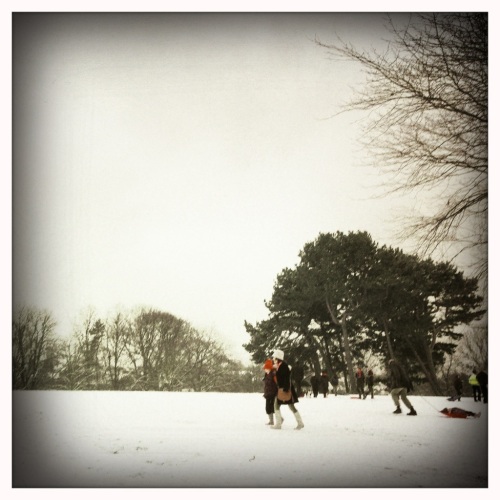 That picture should carry the subtitle ‘Mind out where the Huskies go and just don’t eat the yellow snow….” 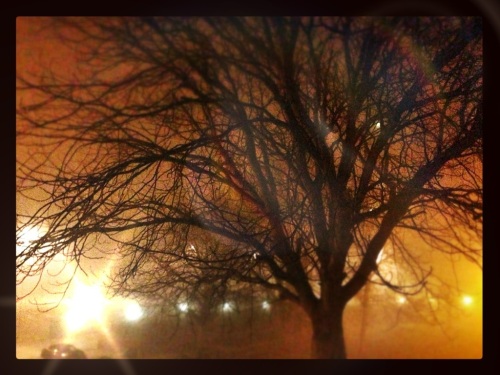 I like fog. I spent a lot of yesterday driving through Nottinghamshire & Leicestershire and it was foggy everywhere. I had a strong urge to stop and take some pictures but didn’t get the chance until I headed home. These are all iPhone pictures, Snapseeded and LensFlared. 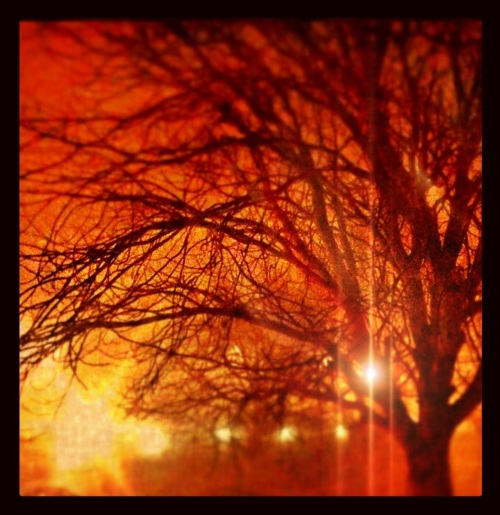 I can’t of course resist the temptation the play this. Many years ago I actually went to Whitechapel with a Walkman to listen to this in the fog. A brilliant atmospheric song.