The Commonality of Strangers – Mahtab Hussain 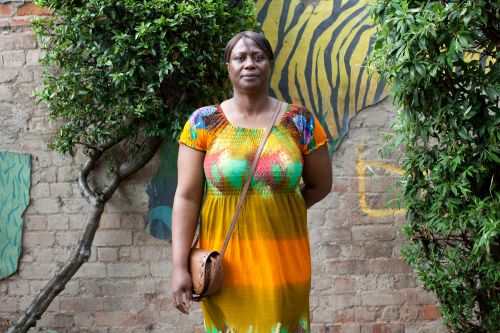 I don’t share posts here that relate to work very often. This does in that the artist concerned is someone I assisted with printing services over the last few years.

Recently, in my view, we saw our society step back from the open, inclusive country it had been developing towards over the last 30 years. It happened quickly, fuelled by a divisive referendum, with much public opinion informed by, to be completely frank, blatant, manipulative lies.

Over previous years I have been very pleased to work with the New Art Exchange in Nottingham, producing printed materials for their many diverse exhibitions. One particular show was produced by photographer Mahtab Hussain. This work has a great relevance to the current debate. Much of the below is from the press release and his website.

“Over the last 5 days I have been heart broken by the rise of hate, xenophobia and racist attacks that has taken hold of the British public. Britons voted to leave the European Union, steering the UK on a course of uncertainty, and critically, effecting the fate of those who have chosen to make the UK their home. It seems to be open season for migrant communities as hate crime has increased by 50 -55% in less than a week of the referendum result and I for one cannot sit around waiting for our ‘so called’ leaders to settle down the public.” 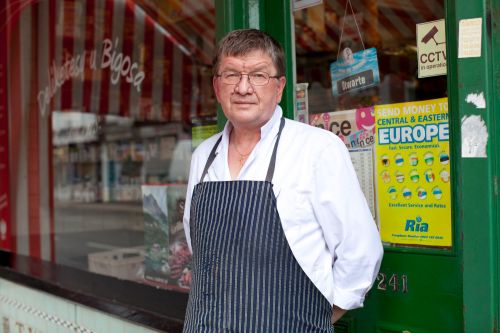 Much of the work for the exhibition was shot around Hyson Green in Nottingham, I lived in the area for the best part of ten years, it’s also where the New Art Exchange is based. The area demonstrates the best of what a multicultural society can achieve. The many cultures, religions and ethnicities live side by side. Many coming in from overseas gravitate to the area, contributing and striving for better futures, before moving out into wider areas and making way for new visitors.

“The Commonality of Strangers addresses the impact of multiculturalism in Britain today and humanises the migrant’s story, demystifying who these individuals really are, while confronting the viewer with the reality of their experience and why they came to live in the UK.

These stories tell of people escaping from poverty, persecution, violence and personal tragedy. What unfolds is a collection of images which challenges stereotypes and assumptions in a current political environment in which immigration is a major issue. Hussain hopes that in bringing these individuals to the fore and allowing their voices to be heard, this series will empower minority cultures by giving a deeper context to their existence in the UK. In turn, Hussain is asking the viewer to consider the commonality of mankind’s wants and needs whilst emphasising that the veneer of everyday life can easily veil the immense struggles and deeper contexts in which people live, and have lived.

The Commonality of Strangers serves to contextualise and humanise the migrant story, urging viewers to move beyond widely held stereotypes, assumptions and scare mongering tactics used unashamedly by politicians in the Brexit campaign.

Education, awareness, tolerance and truth are the best tools available to undermine the appalling and increasing incidents of racial abuse which this deeply faulted referendum has bought back to the surface of our society. As in the 1970’s & 1980’s creative endeavour can be a positive force to shame those that feel suddenly empowered by the darker elements in our political system.

More about the artist here http://www.mahtabhussain.com/