Closing the circle on the previous post here. Taking the motion blur pictures into the Brushes App on iPad and what can only be loosely described as drawing over the pictures, then exporting the actions from the drawings into .mov files, slowing them down and then splicing them together to make a short animation.

The process is much like that that goes into creating the music. It’s aim and intention is very open. It doesn’t have an end point or desired conclusion. I might make an infinity gif next time and rather than bookending a song with a fadein/out to join them up, work on perpetual repeat. I wonder if theres an app for that? 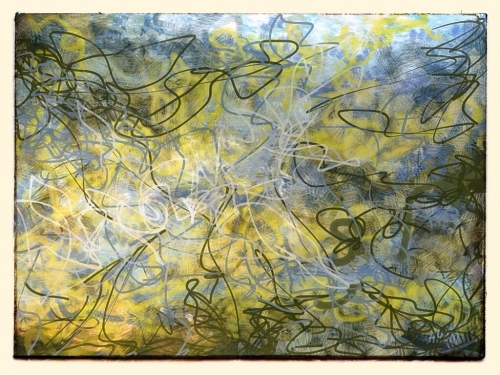 This is the finished piece.

Motion Blur on The Loke

A couple of these pictures appeared on ‘Hemsby Havok’ page for last month. I took a dozen or more pictures using long exposure and moving the camera around. Several retain traces of the place, a low sunset shining through a gap in the hedge at the back of the caravan site, but in the main they are almost completely abstracted. At the time I was waiting for the barbecue to settle down from fire to cooking mode whilst entertaining a bottle of Spanish beer. Now summers gone, like the fire and the beer, but at least there are the memories…… 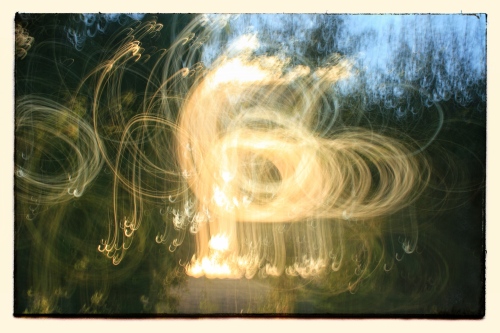 All of the pictures are post processed in Snapseed for colour saturation and sharpness. 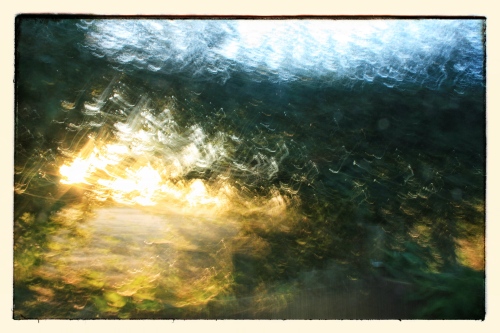 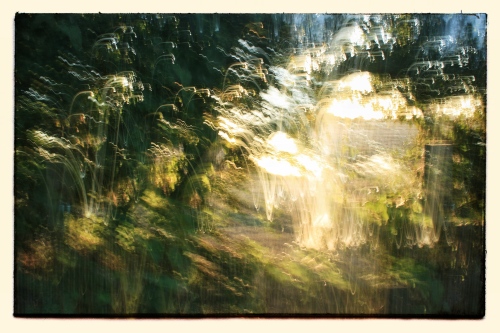 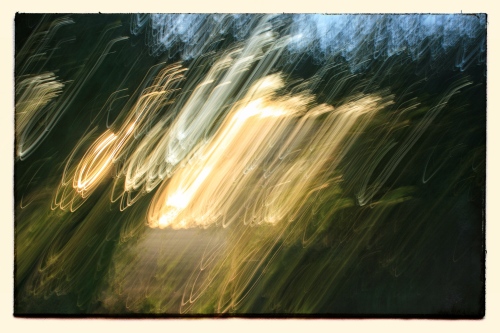 I’m also including here a new song. This is called ‘The Loke’. I saw this on a street sign in the areas around Hemsby. There is something of a witchy nature to the place. The number of very large churches very close together in what are quite small villages seems to indicate an embedded guilt or need for absolution. I had a need to watch The Wicker Man & Night of the Demon when we got home. It seems a Loke is a cul-de-sac or dead end in this context but Wiktionary suggests ‘from Middle English *loke, from Old English loca (“a bar, bolt; enclosure, stronghold”), from Proto-Germanic *lukô, *lukōn (“lock, opening”), from Proto-Indo-European *lewg- (“to bend, turn”).’
Its the first piece that I’ve done that features a special guest stunt guitarist. We managed to avoid the traditional process of collaboration and its mearly fortuitous that this works. The Soundcloud link shows a subtitle of ‘Pre Reprieve’ as theres a good chance this might not be the final or only version of the track.

As with many of the other pieces this is made with iRig and Amplitube on iPad, includes Ebow and other screech making devices. It also makes more controlled use of the drum builder in GarageBand. I think its quite a step forward but maybe I’m easily pleased.