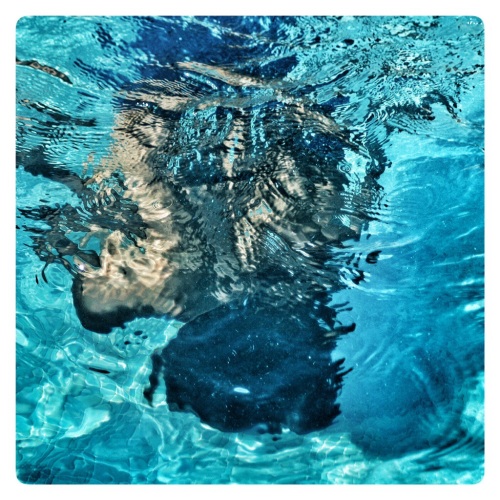 Images of people swimming, diving and enjoying aqua fun are peppered through our cultural history. From recent works by David Hockney back to the Mycenaean paintings of Akrotiri human forms splashing around in the sea and in luxury LA pools seem to resonate and tickle our optical fibres. That’s pretty much why I like these…….. 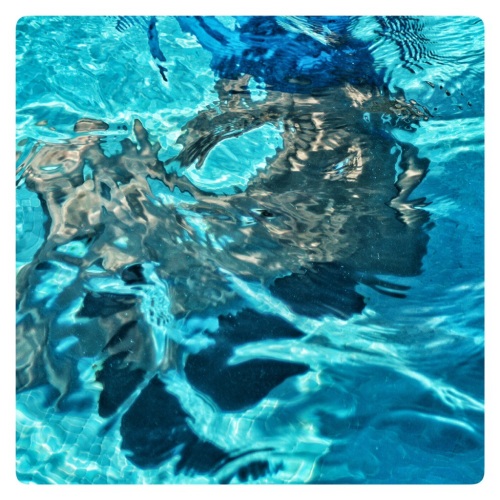 These are taken on our last day of our big Summer Holiday in Mallorca. There are more pictures on the Mallorcan Mayhem tab above. 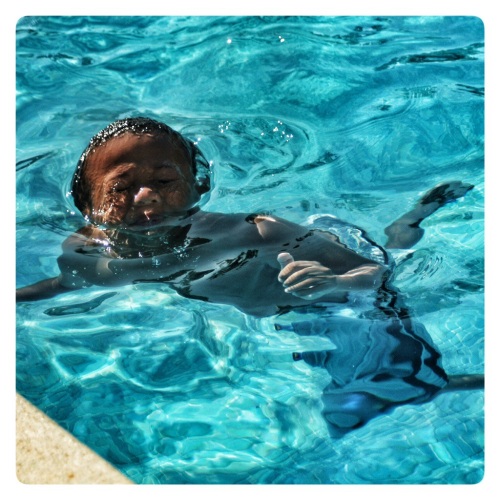 Today DBoy6.01 had a party invite in the far reaches of Beeston. The weather is still grey and Baltic but in an attempt to kill the two hour wait gainfully I took the big camera to Attenborough Nature Reserve. I’ve been meaning to go there for a while as I know there are some good walks and interesting wetlands. In the end after other duties I only had about 40 minutes there but during that time I was most definitely reminded of Hitchcock’s ‘The Birds’.
The place was rife with vicious beady eyed, web footed creatures, flocking and diving on the passing stranger, innocently siddeling up for bready treats then going in for kill with razor serrated beaks and black eyed coldness.
If nature reserves serve one function then it must be to keep these monsters in one place. 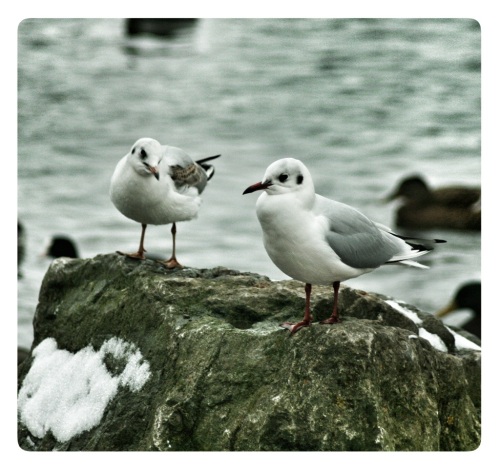 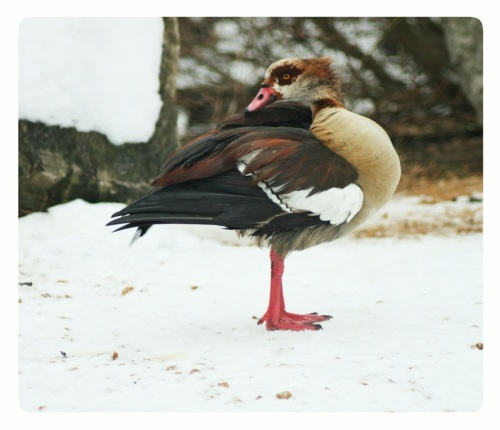 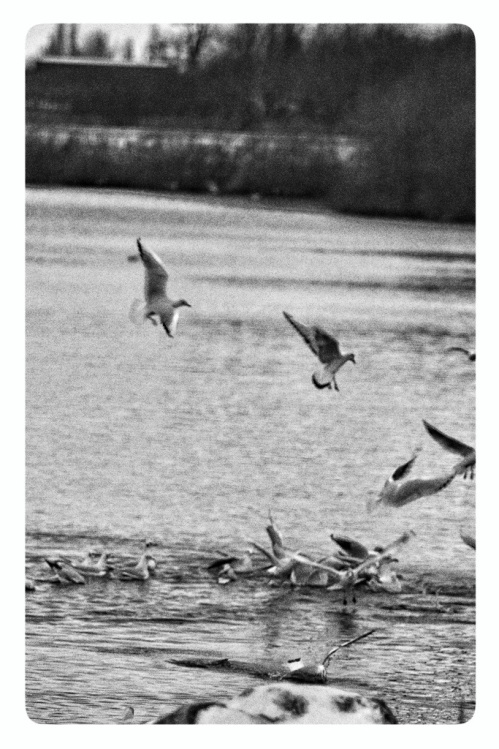 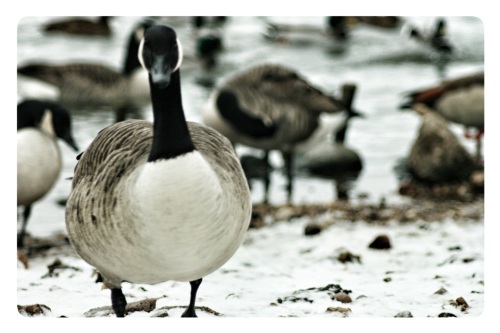 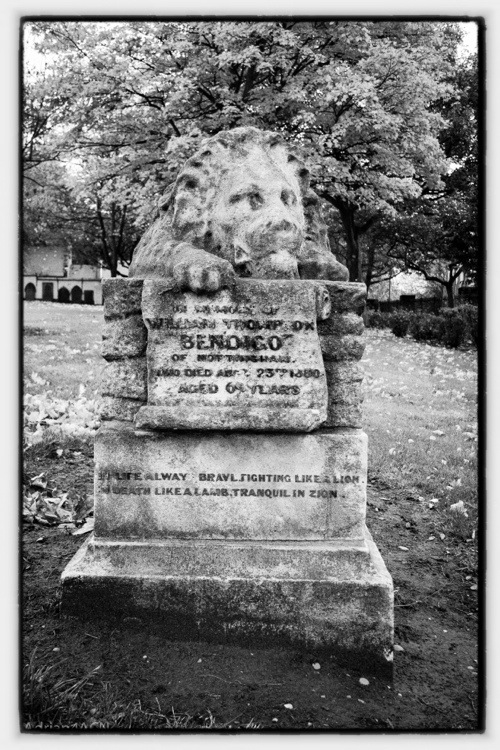 You didn’t know of Bendigo?

Well that knocks me out!

Who’s your board schoolteacher?

What’s he been about?

Chock a block with fairy tales;

And never heard of Bendigo

The Pride Of Nottingham

William Thompson was a bare knuckle boxer born in Nottingham in 1811. The Wikipedia page is here and is an interesting read. Known as Bendigo he was buried in St Annes and whilst most graves have been removed from the garden of rest, his remains. He has a prominent place in local history and if you see the figures for attendance to his fights in relation to the time it’s easy to see his popularity in context. In later life he became a preacher and spoke in the Market Square in defence of the poor. He died after falling down the stairs of his home in Beeston in 1880 aged 69. His funeral was attended by thousands of people and  there are still streets and pubs named after him.

The inscription on his grave reads “In life always brave, Fighting like a Lion; In Death like a Lamb, Tranquil in Zion”.

It was a grey day yesterday but I’m not totally unhappy with these pictures. The main image is taken on the DSLR in RAW and processed in Lightroom. A first attempt but it looks like a clever tool. The second is HDRPro on iPhone processed in Snapseed, the last is Hipstamatic (John S & Kodot).

The memorial very much reminds me of the grave of Tom Sayers who is buried in Highgate Cemetery, North London. Sayers was another bare knuckle boxer from the same era. His funeral was also attended by 1000’s and the cortege lead by his dog (named Lion), a craving of whom sleeps on the top of his tomb. When I lived nearby to Highgate, the cemetery was semi derelict and you had to hop fences to have a look a around. Great fun at midnight in winter! It’s a great place to take photographs. As well as Karl Marx, George Elliott, Ralph Richardson & Malcolm MacLaren &  Alexander Litvinenko buried there. 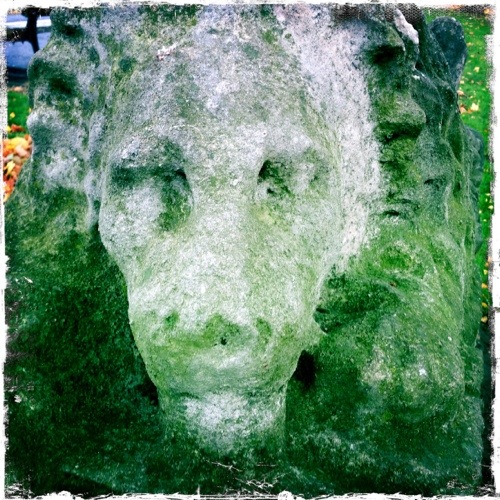 I looked for a bit of history about the ‘Nottingham Lambs’ and found this interesting piece of local research relating to the Cities historical radicalism. This is on the Keyworth History Societies website. Read it here

I also found this really great paragraph from a 1908 Nursing Journal. Very funny….

The British Journal of Nursing.
OUTSIDE THE GATES.
OPENING OF PARLIAMENT.
Members of the new Parliament are being sworn in, and the formal opening will take place, by the King in person, on February the 11th.
Let us hope before the Session is adjourned the long-delayed Nurses’ Bill will be on the Statute Book. Don’t forget, however, that no Bill is better than a bad Bill, and that penal legislation, such as is provided for in the College of Nursing Bill, would be disastrous.

NOTTINGHAM LAMBS.
We can remember the turbulent old election days quite fifty years ago when repartee from the “hustings” more often than an impeccable programme won the day. Once as a girl we ventured
into the Nottingham Market Place at election time wearing the Tory favour, to be at once surrounded by irate Liberal” Lambs “-rough mining chaps whose brawny fists could fell an ox, and who ” punished” an opponent without ceremony.

” Who be yo ? ” they shouted at us, and one remarked: “She be a venturesome young wench wi’out doubt.”
Then they shouted, ” Oft wi’that ribbin-off wi’ it,” but one more liberal than the rest said : ” Let the little ‘un speak.”
What the” little ‘un” said, smiling around, was: ” Skip along, lambkins, I want to catch a train.”

” Well, I’m gloppened ! Skip along lambkins. ‘Ow’s that for sauce? “and with roars of laughter these burly roughs-they were indeed dangerous customers when they had had ” a sup “-doffed their caps and began a breakdown, their hob-nailed boots clicking on the pavement, and bawling down the Long Row, ” Skip along, lambkins, skip along lambkins,” as they ambled along in high good humour. It did not take the twinkling of an eye for the ” little ‘un ” (still wearing her favour) to whisk round the corner and take to her heels.

Brilliant. No Bill is better than a Bad Bill. Somethings never change.

The Galleries of Justice

“The degree of civilization in a society can be judged by entering its prisons.”
Fyodor Dostoevsky
Russian novelist (1821 – 1881)

It’s half term! Time to find to some brain food for none schooling children. The Galleries of Justice are one of my customers in the day job. They comprise the old County Court House, city prison and the NCCL educational resource. I’ve walked past there a hundred times, but other than the reception hall this was my first real visit.

All credit to the organisation that they have taken a building with a frightening & horrible history and created a perfectly illustrative environment that educates and scares in equal measure. As its Halloween week, instead of Robin & the Sheriff we had Heggerty Witch and the Sheriff, a role play guided tour of cruelty and punishment through the ages. The actors are excellent and the prison turnkey terrified Dboy5.11.

The museum should really be subtitled the ‘theatre of cruelty’. Our past was an awful place to live, full of torture, disease, neglect and hate. The deportation of huge numbers people to Australia and America was nothing more than social cleansing with the law providing enough crimes to send whoever they wanted. Justice like truth can sometimes be what the powerful want it to be. Some things never change. 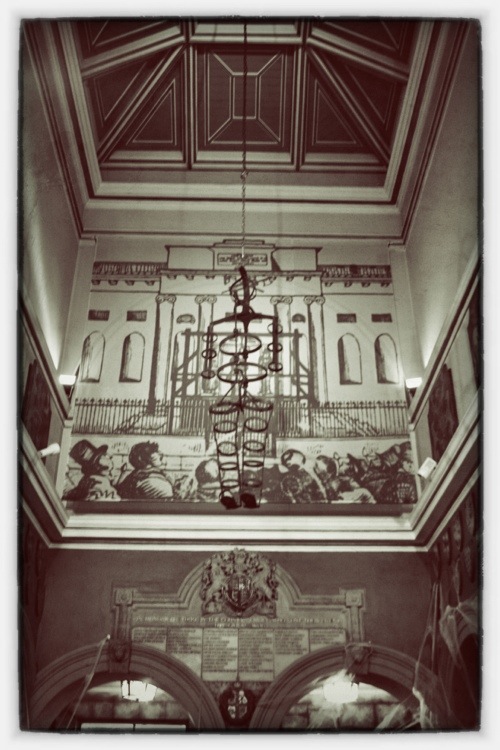 Most of the pictures are from the Canon D400 in monochrome using ISO800. The environment is very low light so the post processing in Snapseed has enhanced the contrast a fair amount. Lots of hopefully appropriate vintageness as well. 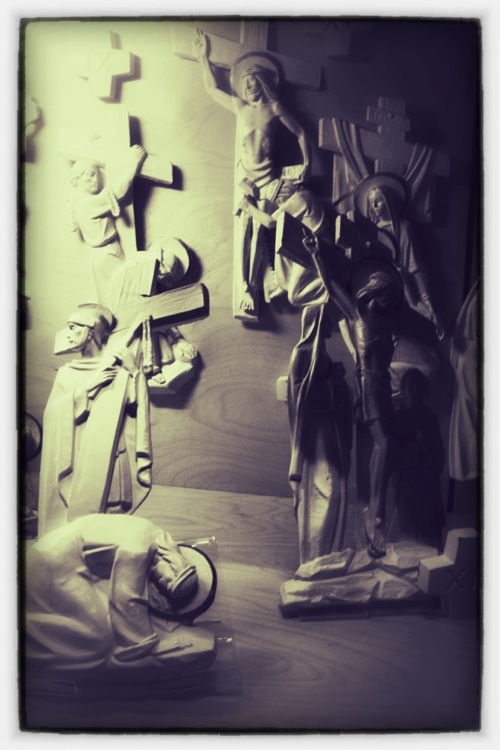 The web site is here http://www.galleriesofjustice.org.uk/

I noticed the bright autumn morning whilst loading the car and with only a 20min window of opportunity I managed to get a small palm full of pictures. The main idea was to try some manual settings on my Canon, poor thing has been on auto for so long it had forgotten what F stops and ISO were all about.

Autumn does produce some fine colour but I was keen to get some B/W with mist and light flares. Only minor edits in Snapseed on these. 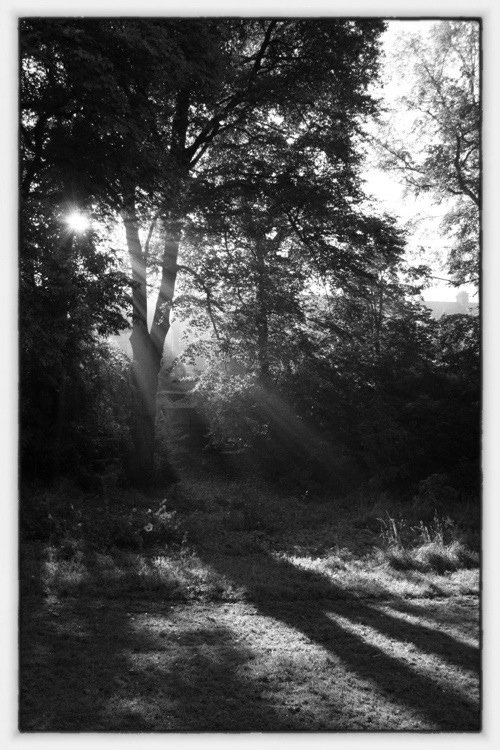 The best colour selection came from my phone and Hipstamatic. These use Foxy & Sugar. 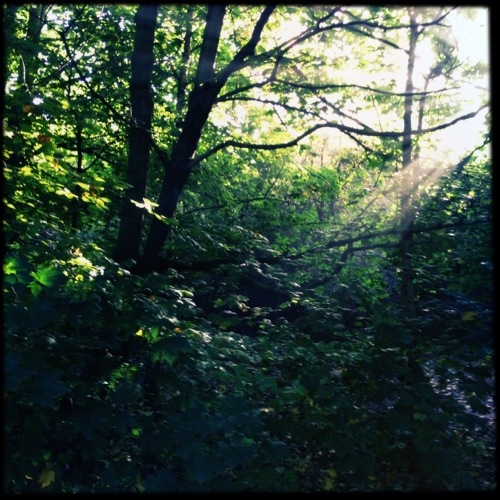 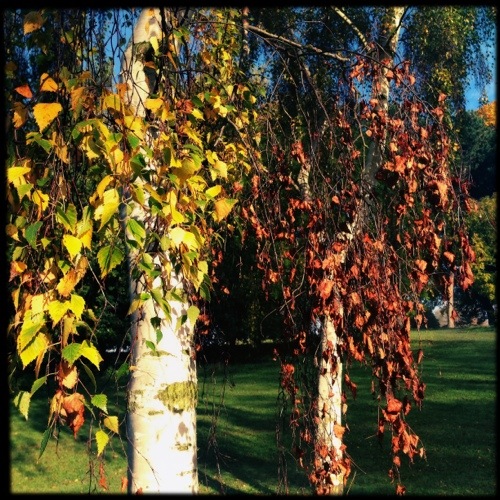 Twenty minutes well spent I think. Hope we get some more nice autumn days over the next month. These last two are a little more post processed.