Here are two (Hipstamatic) images form Robert Plant & the Band of Joy at the Symphony Hall in Birmingham. A really great gig, Plant on excellent form, amazing band and an uplifting song selection. The Band of Joy are an eclectic group of Americana pro’ s and Plant really knows what he’s doing. The set was a great mixture of trad country, alt and Zep. One of the best shows I’ve seen in a long time. This and Grinderman seem to put young bucks on the back foot. Read more here http://www.robertplant.com/ 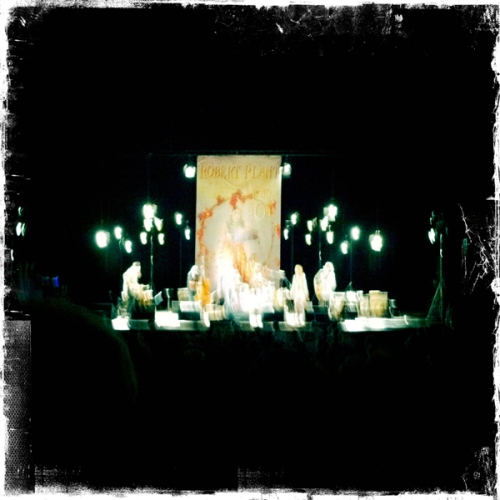 The Doors were one of the bands that really grabbed my attention in my late teens. I was totally enamoured with Jim, the look, the attitude, the intoxication and the early death. Not the best role model in the world. Whilst at art school I went to Paris and did the homage at Pere’ La Chaise, offering liquids and flammables to the Lizard King. This picture comes from a Ray Manzerak & Robby Krieger Doors based show (The LA Doors)at Rock City in Nottingham. They had hired a pretty decent leather trousered singer who did a good job without being cabaret quality. It was a good gig and a dream to see Robby playing Break On Through with full on slide.

Next, a little mash up. I knew of Robyn a long time before I heard REM. I think the first time I heard REM was on the Oxford Road Show on BBC 2. A year or so later someone gave me a copy of Fables of the Reconstruction. After that I was hooked. I’ve followed everything REM have done and they are an amazing and original band. They may wander from the cause occasionally but no one can better them on a good day. This gig happened at the 200 capacity Rescue Rooms in Nottingham. About 10 minutes before the main act came on, Mike Mills, Bertis Downs (REM Manager) & Michael Stipe arrived front stage. I stood next to Michael through the whole gig and managed not to embarrass myself by being all ‘fanny’ about it. In retrospect if I had got him to sign my arm I would have had it tattooed on by now. This was a great gig though with two other REM live guys and Robyn on top form. The album out at the time was ‘Ole’ Tarantula’ which is worth a listen. 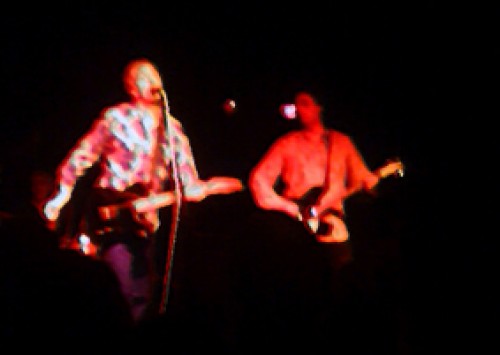 I guess I’ve seen RT about eight or ten times over the years starting around the time Rumour & Sigh came out. I lived in London back then and worked for a bloke who knew Richard and got us tickets to the Town & Country in Kentish Town.

Since then I’ve seen him solo and with a band and whatever the circumstance he delivers. He is not just a great song writer but one of the best guitarists I have seen.

He is also obviously a very nice and well-balanced bloke with very few pretensions. I would see him again at the drop of a beret. 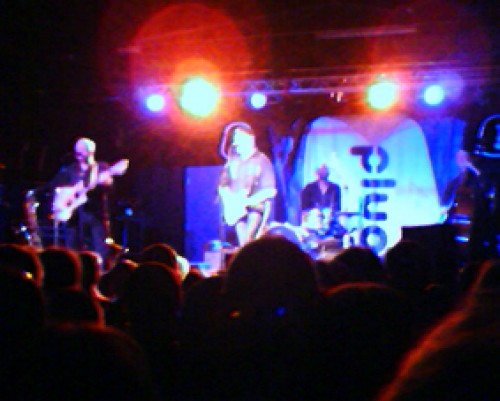 Patti is not only the Commander’ but a goddess! A completely unique talent uncompromised by commerce or industry demands. I recently bought her incredible biography ‘Just Kids’ signed by her and will treasure it (in a voodoo connection kind of way).

It took me a while to catch her live despite being struck with her work from the first day I heard ‘Because The Night’ when I was still at school.

My first sight was ‘Summer Daze’ in Leicester around the time ‘Trampin’ came out and this had the added pleasure of seeing Tom Verlaine playing with her.

Find me a venue and a ticket and I’ll be there.

Another poet and true original, I’ve been able to see Nick Cave on several occasions. He always packs a great band of musicians and has a tremendous back catalogue to draw from.This picture comes from the ‘Dig, Lazarus, Dig!’ tour. Very memorable gig but not my favourite venue. It took an hour and half to get out of the car park.

The image below is from a solo tour with Warren Ellis, Jim Sclavanous & Martyn P. Casey. All are regular Bad Seeds, but this brief tour turned them on to the whole Grinderman event which really shakes a few trees. Big, bad, dirty and noisy, it’s the point of rock ‘n’ roll! 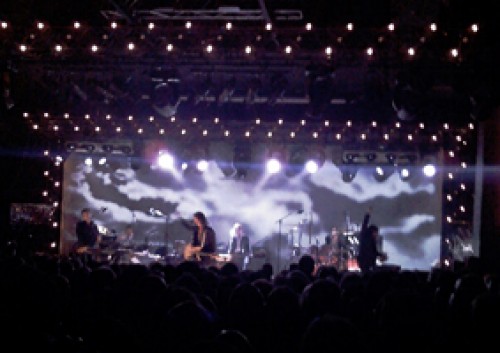 Lou Reed, like Patti Smith is another true artist, uncompromising and walking his own path. This image comes from his 2009 Berlin Tour, playing the classic and underappreciated 1973 album in full.

The band featured Steve Hunter on guitar as well as most of Lou’s touring band.

Julian Schnabel made a film of this tour which is worth watching. It’s a bleak album but the performance brings a lot of warmth and humanity to the story. 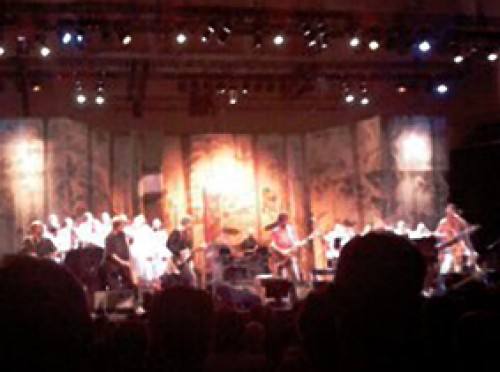 I’ve been a fan of Van Der Graff and Peter Hamill since the days of listening to the Friday Rock Show with Tommy Vance when I was a teenager. One of the more extreme prog rock bands of the 1970’s, still going and still making very unique and original music. I very much hope to see Peter Hamill in a solo setting sometime. His voice is very unusual and his song writing personal and emotive.

This was a very good tribute band called the ‘Doors Alive’. I gather they are from the Birmingham area. They use some period instruments and have really got the sound down. The singer did a good Jim without being over the top. He had a good vocal range and managed to cover the earlier songs (Break on Through, Hello I Love You) and the later, deeper songs (Touch Me, LA Woman) with equal and reasonable accuracy.Well worth seeing if you like the Doors. The audience was definitely younger & studenty on the whole. Great to see the kids grooving to some old style rock ‘n’ roll!