Blue(Sound) is my second cycle to songs/sounds. I enjoyed the process of making ‘No Direction’ very much. It was a kitchen sink of ideas and experiments because it wasn’t something I’d really attempted before. Although overall I’m still pleased with it, particularly as I managed to pair each piece with video, when I started it I had in mind something with a simpler almost punk ethic, louder and brighter, untutored but enthusiastic. That’s not how it turned out because that’s how making things often works.

Initially for the second cycle I intended to make 4 pieces for an ‘EP’ style of product. I ended up with 6. The title refers meanderingly to three aspects of ‘Blue’. Firstly the ubiquitously influential American music form that colours almost everything we hear in contemporary music, secondly the chromatic range or more precisely the alchemy that contributes to the pigments used to represent the chromatic range, and thirdly my very precious Tanglewood Bluesound resonator guitar.

When making ‘No Direction’ I had a desire to use some delta blues slide guitar sounds and to that end I bought the ‘Hallucinogenic Toreador’ which you can read about here. The concept of alchemy in pigment making has even greater history than delta blues, blue pigments often being the most sort after due to their scarcity. It wouldn’t be unfair to say that our endemic impression of the Virgin Mary and Jesus in the history art is indelibly linked to blue primarily because the Vatican was the only organization affluent enough to be able to provide its sponsored artists with the lapis lazuli used in the production of ultramarine hue. From the ground up…..

Blue(Sound) moves a little bit away from some of the Korg loops I used previously but uses some field recordings (inspired by Mark Ward) and some use of generative music apps. The process is much like painting in that in most cases it started with a large gestural slap of colour which has then been refined, erased, painted over, obscured and then left to dry in the sun but invariably rained upon. Each song has its own photographic image and all other design elements on the CD have been self-made.

The album is available from my Bandcamp page or you can contact me directly through this blog.

Here’s a little bit of information about some of the songs. 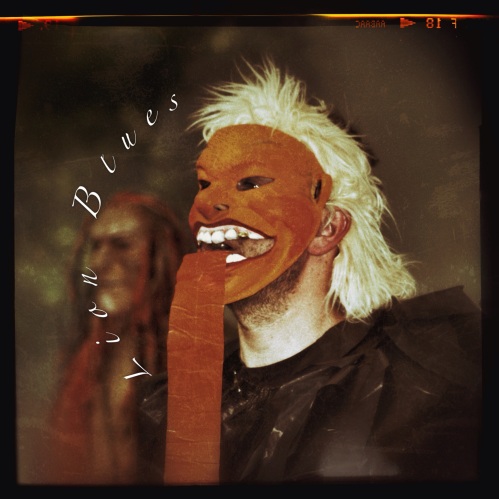 This song is almost entirely rhythmic. It seemed a strident way of starting the cycle. I recently wrote a piece about ‘Paa Joe and the Lion’ which was an event held locally to me. During the ‘Procession of the Lion’ I recorded several sections of the drum troupe (Sabar Soundsystem) as they moved through the grounds. These together with some whooping and hollering have been chopped up, layered, stretched & echoed and then covered with digital drum loops and some generative noise. Probably the most experimental of the pieces it’s an idea I’d like to expand on.

This came about from reading an article about the Hurrian melody. Originating in Babylonia / Mesopotamia this is a piece of music transcribed to stone tablets over 3500 years old. As Patti Smith noted the Babylonians invented the zero and the area is truly the cradle of civilization. This song takes a short repeated loop from Hurrian Hymn No’6 and layers it with digital drum loops, field recordings of massed chimes and a very slightly dub back track I made some while ago. The title references the sea, staring at unchanging horizons, drifting, and those things that persist unchanged. I’m often struck by history of the world, when the Hurrians were writing down music and the Minoans were building three story beach houses on Santorini, the inhabitants of the British Isles were arranging large rocks in circles. Not to say I don’t like circles of large rocks.

The third song is closest to my intention when starting this sequence. The guitar track is recorded acoustically in the back garden and includes wind noise, my neighbour’s wind chimes and the sound of birds in the early evening. The riff for what it is improvised on an open ‘C’ tuning. Additional environmental sounds have been added after being processed, together with a weaving processed version of the guitar track that leaves the song soaked and water logged.

Most similar to the songs on ‘No Direction’ this started its life with the title ‘Buzz Saw Blues’ coming from the fuzzed up guitar track. It makes full use of the guitar that lent its name to the song using four or five versions of a riff with various levels of distortion and effect. The overlaying beat comes mainly from Garage Band loops but also includes some drum tracks made with the DMX1 app. As the song progresses it transforms into a generative sound together with the sound of children playing (recorded at one of my son’s birthday parties. It’s almost verging on happy! The bass loop that lasts almost to the end reminds me a little of the end of ‘He Used To Cut My Grass’ by FZ from ‘Joes Garage’ – just a little bit.

This is blatantly an homage to Neil Young and in particular his ‘Dead Man’ soundtrack. The guitar part is fairly short and repeated and over layered. The title comes from Gib Hill which is a Bronze Age burial mound in the Derbyshire Low Peak, next to Arbor Low stone circle which I wrote about and photographed here. The song is ushered in with a short chant taken from an Alan Lomax recording in the American National Archive.  As the song develops there is a choral sound taken from a generative app and this is soon joined by a dissonant rumbling which is the wind noise recorded from the top of Gib Hill. Towards the end the rain comes in and the piece reaches a speaker baffling crescendo. It ends with a familiar speech, processed through a text to voice app. It follows the theme of the ancient & the permanent, the noise of the wind at the top of the mound being the same today as was when the mound was dug 4000 years ago. 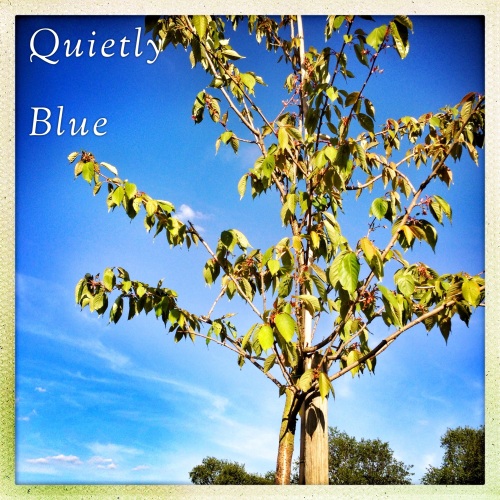 The final song is another simple one. It uses three tracks, an acoustic guitar, cello loop and environmental noise. The running water came from a hillside stream near the Nine Ladies Stone Circle. This is a little song of remembrance for those people you wish you could still see.

….and that is it, my ‘difficult’ second album which, from my point of view wasn’t that difficult. I might try disco next.

Oh, I’m reminded that the picture of me was actually taken by GBoy28, and a very good job he did.