The world has moved on since I was 10. My early artistic endeavours mainly focused on reproducing classic Marvel comics covers with occasional forays into fantasy architecture. My children are fortunate to have more insidious distractions as well as expanded creative opportunities.
I try to provide them with tools rather than instruction (endless pencils, pads, noise making devices etc) but one of them at least has found expression through gaming.
They frequently claim that Minecraft is educational, reciting minerals, elements, crafting techniques, comparative religion etc (I made the last one up, but give them 6 months…) in the same way Marvel instructed me in astronomy, physics and comparative religion.

GBoy has however used the materials at hand to create some megalithic public sculptures which I have to say are really quite inventive, referential and impressive.

The first one (above) is called ‘Big One’. This based on a Pokemon called Tyeflosion (a fire type Pokemon from Joto, or so I’m told) but it apparently went horribly wrong. It is however quite big. 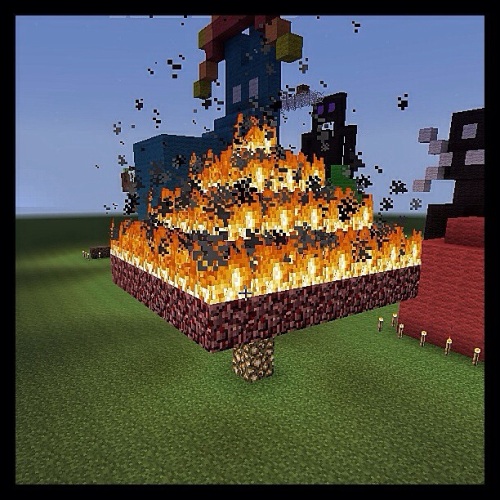 This one is ‘The Danger Tree’. One of the last in the series this an ever lasting forest fire. 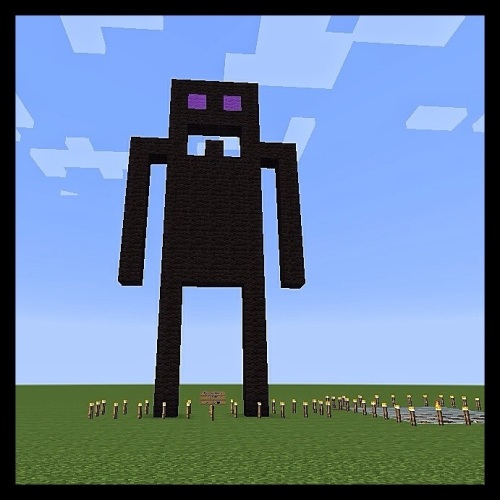 The next one is called ‘Scared for a change…’. This is an Enderman, a very large one that was supposed to be the ultimately terrifying one but ended up (despite its size) looking frightened. An interesting allegorical take on the nature of power.

This is ‘Big Cat (literally)’. Looks quite Sphinx like, G likes wild life programmes and had also seen a Youtuber who had made a giant cat sculpture. It seems to me that the internet and Egyptian cat worship are linked. Jung was probably right, the archetypes preceded us. 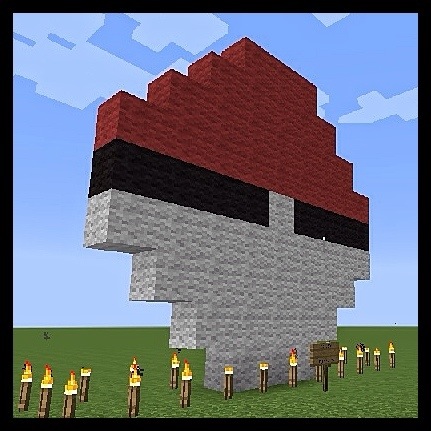 ‘Pokeball’ pretty much speaks for it self. An important part of his mythology and fascinations. Some connection to arson apparently??

This is ‘LEGO’. This illustrates the brand penetration inflicted by movie going and the veneration it instils

This one is called ‘Web of Parkour’. It’s a floaty Brancusi style column inspired by children jumping on walls and a spider in the bathroom.

The next is called ‘Another Game’. This is based on a piece of game merchandise that he had seen previously. It looks pixel wide retro to me but with the scale in Minecraft land and the atmospheric night stylings it achieves an imposing and primal state. 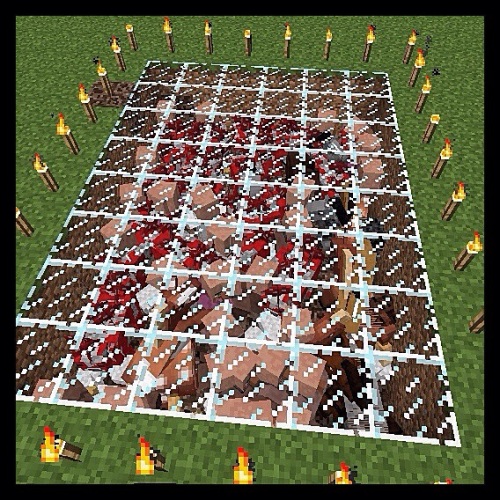 This is the last one. It’s called ‘Colour is Alive’. I really like this. It was like a Damien Hirst fly extravaganza. There are ‘things’ growing under the glass floor. It was a breeding / spawning experiment with Minecraft life form. It used magic sand and other gaming rules to keep the things alive. Like Hirst and his honey & butterfly’s.

There is quote somewhere in the back of my head, relating to the best camera being the one you have with you or the most useful tools being the the ones you have when the fire of inspire strikes. We just need to build some of these.