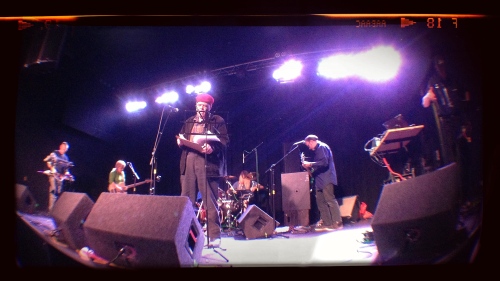 Im sure I’ve said this before, but sometimes when you pays your money for ticket, even if its a random whim, there’s a good chance it will be worth it. Case in point this evening.  A few months ago, with nothing on the horizon I checked the diary for the Rescue Rooms and notice Pere Ubu. I last saw them in the mid eighties, somewhere in London, probably around the time ‘Waiting for Mary’ came out. I had cassettes of Dub Housing & The Tenement Years. It was probably cool to be into them. They where the american art rock band that were that little bit more obscure than Talking Heads or Television. Even though their albums had go to anthemic tracks, they hid them well in amongst strangeness and impenetrability.

Before I went out this evening I looked at a few recent performances on You Tube and had a read around This quote seems to sum them up quite well.

“Pere Ubu is not now nor has it ever been a viable commercial venture. We won’t sleep on floors, we won’t tour endlessly and we’re embarrassed by self-promotion. Add to that a laissez-faire attitude to the mechanics of career advancement and a demanding artistic agenda and you’ve got a recipe for real failure. That has been our one significant success to this date: we are the longest-lasting, most disastrous commercial outfit to ever appear in rock ‘n’ roll. No one can come close to matching our loss to longevity ratio.” – David Thomas

Here is one of their recent performances.

David Thomas is the main and central point of the band. He seems tired, belligerent, and has the bearing of  a man who would like a nice sit down and glass of wine (all of which I sympathise with). He must also be creatively driven and at ease with his place in the real world. In the real world Pere Ubu sold billions of albums, only through accidental laziness did they stop being in the global pop charts for around about 76 minutes.  They personally gave Jon Bon Jovi his first leg up the ladder, invented auto tuners so that Cher, Britteny & Bieber could achieve what they did. Following on from tonights discrete personal invite gig at the Rescue Rooms they will open a seven night residency at Wembley which is of course sold out. But thats in the real world and as he pointed out, this is just a dream. He’s the only one who has to suffer wakefulness. Just… 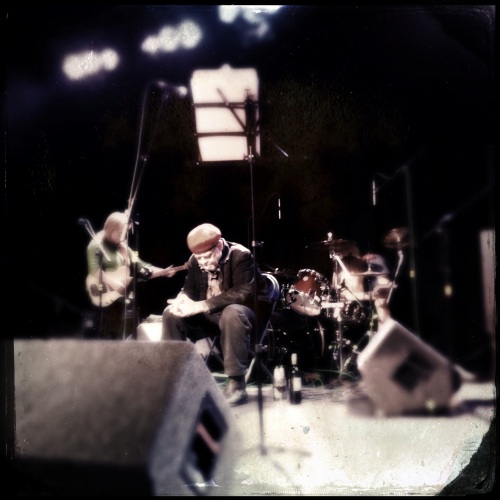 Here they are with their multi billion selling tune from 1986…..

So there you have it. I’ll confess that I knew vaguely about 3 or 4 songs. They didnt play Mary or Final Solution (the latter probably due to some meat head shouting “Play ‘Sonic Reduction’!”…. if you are going to shout out requests, at least get the name of the song right), but it doesn’t matter. It was an utterly beguiling hour & half and I hope they sold a bucket of merch’ and enjoyed the atmosphere. And I hope David gets a nap and lie in tomorrow. He’s been at this for the better part of 40 years and life in the real world is hard. 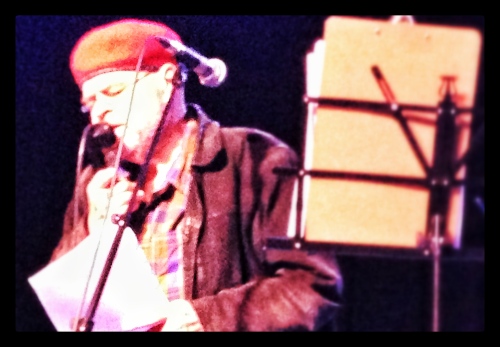 I have to also mention the support. I’d not noticed that there would be another band on and arrived shortly after they had started. Variety Lights are unknown to me but had a presence and uniqueness that made me put my hand in my pocket and buy the CD. They reminded me of all the things i had been trying to achieve in my recent musical day trips. Except of course they had some skill and ability. According to the CD Variety Lights are David Baker & Will MacLean-Keys. Those who know will know that David Baker was the original singer in Mercury Rev. Once I’ve heard the CD ‘Central Flow’ I’ll tell you more, but it was exceptional. This is their single.