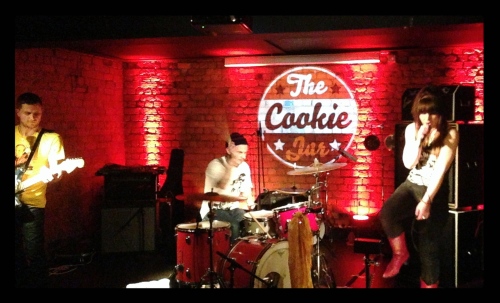 Some times you know something is likely to be good. The stars align, the the augers mutter in agreement.

I saw //We tHrEE aND tHe DeAtH tattle // a year or so ago supporting Josh T. Pearson. They are a local (well Leicester) three piece combo. All primal drums, crashing guitar, twisted blues, hollered vocals…. and theremin …played with maracas. How could that not work.

I follow their FaceBook page and a few weeks ago they posted their appearance at the the Cookie Jar supporting Il Sogno Del Marinaio. The venue is a tiny basement, maybe 100 capacity and listening to the soundcheck from upstairs in the bar it promised to be a dangerous sonic experience. WTHATDR played for about 40 minutes, a tight set, really controlled noise and more certain in their ability then I remember.

Here is one of the highlights of the set.

I don’t know their names, they are a mystery. Perhaps how it should be. Hit and run music that hangs around like an unexpected dream. 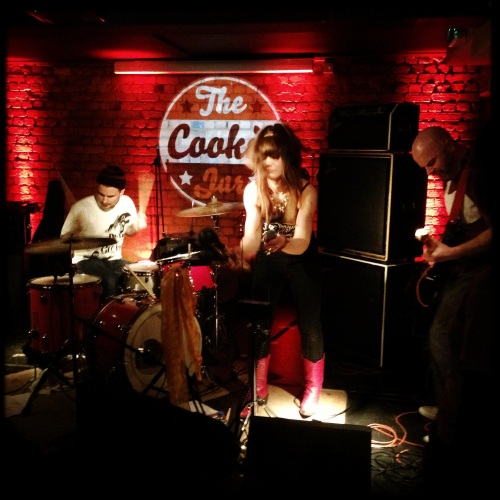 Il Sogno Del Marinaio also trade in dreams. Playing Coltrane before coming on stage should have been a clue. With bass, guitar and drums, and given Mike Watts history in the Minutemen, the Missingman and as bass player in the resurrected Stooges the flying jazz of the set was an unexpected aspect. The set included all the songs from the album “La Busta Gialla”. This is more of a song cycle or tone poem than a rock record. It has echoes of Western soundtracks, mariachi, percussive euro jazz and edgy proto grunge. Other than Watt the band is guitarist Stefano Pilla and drummer Andrea Balfi. Both are exceptional skilled. This so evidently a project they have all contributed equally towards. 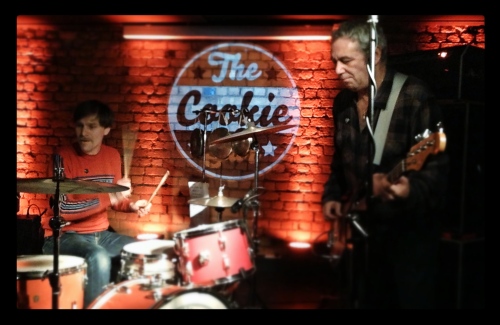 This is the song ‘The Tiger Princess’. Its representative of the record, this with Watt telling a mariners recollection of dream.

Mike Watt is a legend. I last saw him chomping a stogie and playing with J Mascis & the Fog (probably the loudest thing I have ever witnessed). He played with Sonic Youth, fIREHOSE and half a dozen of his own bands. He has a long slow drawl and probably isn’t averse to the odd brewskis or finger of bourbon. You wouldn’t mess. A big man and a big personality. 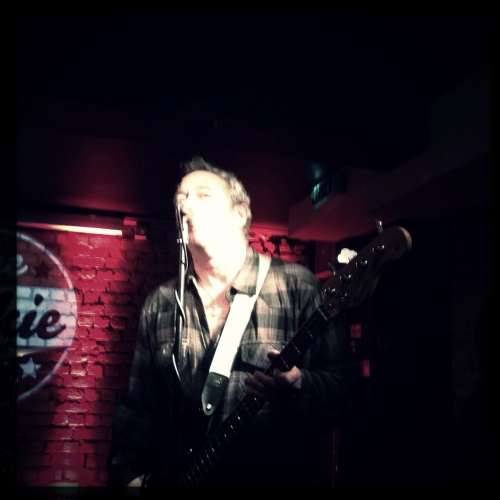 The gig was the penultimate date on a tour that has covered must of Europe. Definitely one of the most original and interesting gigs I’ve seen in a long time. Catch up with the album.

Here’s a brief live performance and an interview with Watts.

And finally this because its great…… 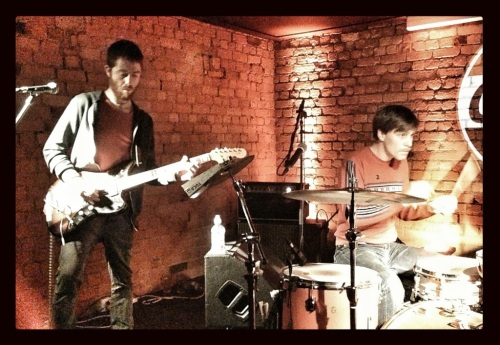