This is a serious post about our forthcoming local choice of Mayor or NoMayor, not one of my normal slightly trival bits of political commentary. I really haven’t made my mind up but we need more conversation as Mr Barker says below. I like the idea but I do worry that these things are pushed forward for the wrong reasons. As long as they don’t send Boris I might give it a go.

Apologies for another long post. There’s just so much to say. 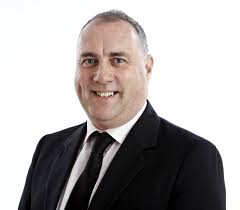 This week the Guardian ran a long piece about the mayor referendum in Birmingham. There’s not a lot of talk of it on the street, many say they know nothing about it and the bigger local political parties are split on the issue.

Pretty much as per Nottingham right now then.

Except that in Birmingham some important voices have come out in favour of change including the Bishop of Birmingham and former local Labour MP Siôn Simon who thinks the city is ‘run by a dysfunctional, introverted clique of councillors and officials’ and who gave up his seat in Parliament to campaign both for – and to become – the city’s first independently elected mayor.

Amongst others declaring their intentions are the former (and next?) Labour Leader of the Council, Sir Albert Bore and Gisela Stuart the Labour MP…